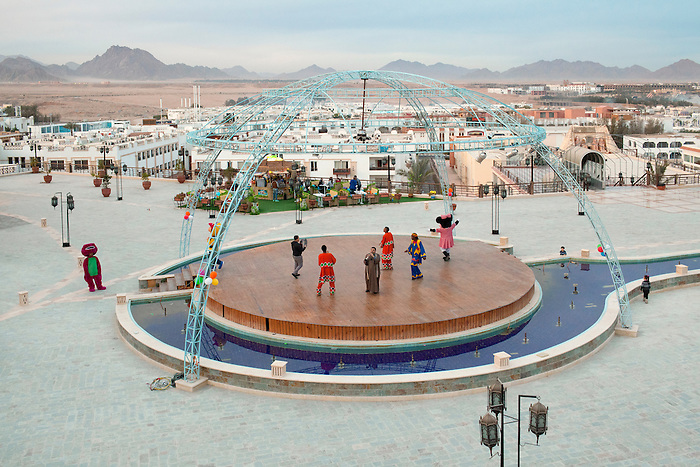 Sharm el Sheikh, Sinai, January 2015. An animation programmed by Genena, the biggest mall center ever built in Sinai. Opened since summer 2014, it counts several hundreds of boutiques, most of them still empty, but also a bowling, a 7D cinema, an ice rink, a museum with replicas of the Tut king tomb.